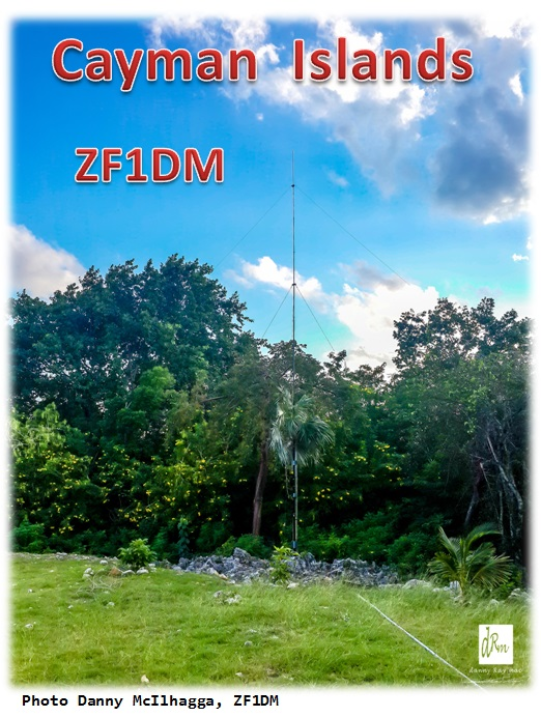 I just wanted to update you on the Aerial-51 model 404-UL antenna with the Spiderbeam Mast.

Okay I finally got this up this afternoon, it's up at 40ft and working a treat, just after putting it up I worked into Sydney on 20m on the Long-path so that was a nice surprise from the Cayman Islands.

Just thought I would send you some pictures of the before and after.

I will give it a bit more time using the antenna, then write up a short summary for you, however I know from yesterday “it rocks.”

The A index was 14 and the K index was 4 and I worked into Brazil, Falkland Islands, Hawaii and into the USA with signal reports between 55 - 59, I have never had those signal reports with such poor A and K Indexes.

Anyhow Rick I shall keep monitoring and get back to you with more info.

Just thought I would pass on some more feedback on the antenna, I have been using it for almost 2 weeks now on the top of the Spiderbeam 40ft mast and I think it just rocks. Looking forward to more use, in fact when you have a decent antenna system it really gives you confidence that you will be heard amongst the big guns out there.

Conditions have been up and down over all the bands but I have still had about 39 excellent contacts both voice and data (in between working) and playing radio. Locations have included the USA, Canada, Ecuador, Brazil, Argentina, Ukraine, UK, Japan, Various European Countries, Various Caribbean Islands and Russia.

I have to be honest with you, the signal reports I have had back have been outstanding, most noticeable reports have been Japan 55, Ukraine 58, UK 55, Russia 58 and for barefoot 100w this exceeds my previous signal reports from the same locations.

For my location and the lack of space I have, I am completely satisfied with your system and I wouldn't hesitate recommending this antenna to anyone else, in fact I have already spoken about your system to a good number of other hams.

I hope this finds you keeping well, I have been keeping up with your work on the 807-UL antenna and it sounds really impressive! Looking forward to hearing and seeing more about that model when it is finally released by Spiderbeam.

I just thought I would touch base with you, I love this 404 - UL, it's been up for the best part of 8 months now and I just wanted to share the attached contact map (see Photo Gallery) of where I have worked using this antenna over that time. On Data I have only been using 40w and voice is 100w, it's a great compromise for limited space and seems to be really holding up to the wind, rain and UV rays from the sun, you can't grumble on the performance of the antenna considering its far from a beam.

Conditions are the worst I have seen and heard this year from my QTH but it still gets out and reaches some impressive distances.

Have a great weekend.