During the WRTC-2018 Championship Games in Wittenberg, Rick (DJ0IP) slipped out from the Hotel and set up field operations directly next to the river.  Radio: Aerial-51 SKY-SDR;  Antenna: Aerial-51 Model 404-UL.

Operating from this SOTA QTH, Barry took 1st Place Overall in the Take-It-To-The-Field contest, running a KX3 and an Aerial-51 Model 404-UL antenna. 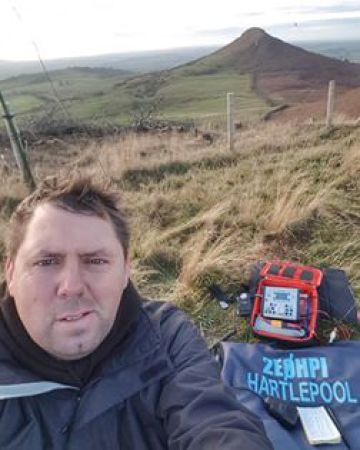 Carl in the field.

The ALT-512 in the Classroom

Here you see the ALT-512 being used in a classroom in Tennessee.

The antenna is a magnetic loop.

The team made several QSOs on FT8.

Note:  all that is necessary to run FT8 with the ALT-512 is a USB connection between the radio and a computer running the appropriate software app. 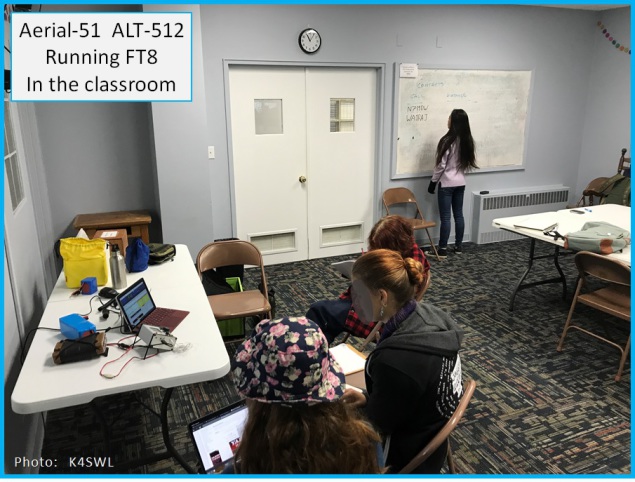 (Tnx to Thomas, K4SWL for sharing this photo.)

The following Photos are courtesy of Rich, N4PSX:

One of the best features of Aerial-51 wire antennas is, when in the air, they are very stealth.

Here Rich has discovered another method of keeping the antenna stealth: run it along the wooden fence in the yard.  Rich says it works fine!