Lab Tests are interesting but there is no better test of a receiver's front-end than to use it on a good antenna at a BIG Multi-Multi Contest Station during  a major contest.

The ALT-512 was designed and built in Bulgaria, so the logical thing to do was test it on-site at LZ9W during the 2018 CQWW DX CW Contest. 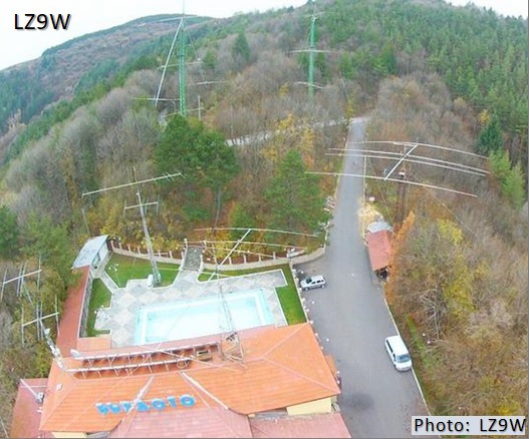 As seen in the photo above, LZ9W is a very BIG Multi-Multi Contest site.

It has won several big contest in the past.  During a contest, at any one time there is a lot of RF in the air surrounding their site!

At this time, LZ9W had 6 stations simultaneously on the air,

in the CW portion of all 6 hf contest bands.

Theyoperated the ALT-512 in the SSB portion of the 40m band using just the antenna, and no external bandpass filters.

During the QSO, the radio performed as it should.

The front-end of the ALT-512 is very Crunch-Proof.

There are very few other radios, regardless of price,

than can be used in this sort of environment without