Aerial-51 is proud to sponsor the JJ Family: 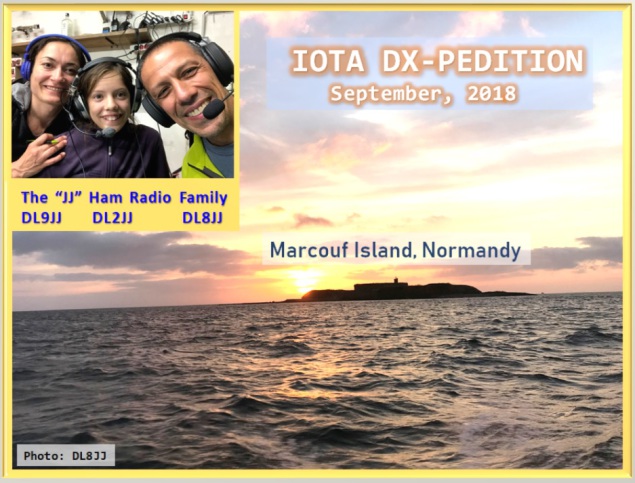 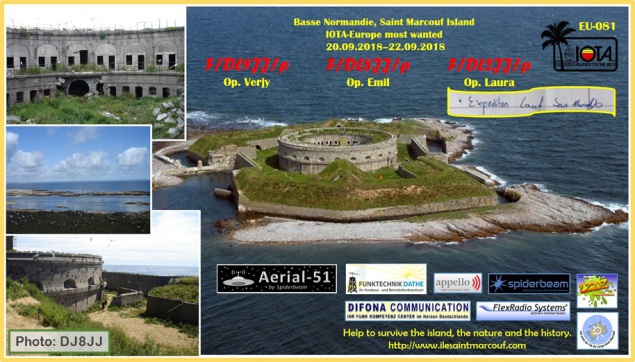 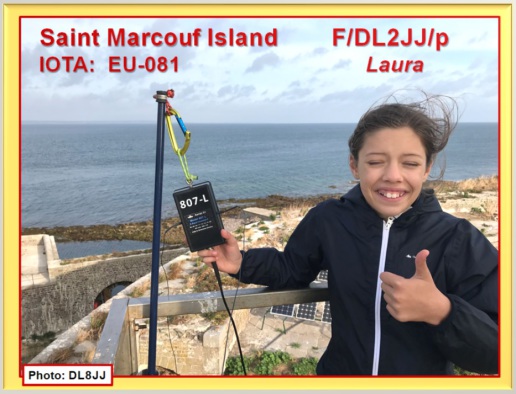 All Photos provided by Emil, DL8JJ

Hi Rick,
Once again it was a great experience.

Laura is very happy and everything went well! We were all very anxious because the weather was bad and we did not know until the last minute whether or not we would ever reach the island. Later, we worried whether we would be able to leave the island or not;

The conditions were very poor, but we were continuously QRV in CW SSB and DiGi-FT8 for 44 hours. In addition to your Aerial-51 Model 807-L, we also took my Aierial-51 Model 404-UL along and erected both antennas!

So we had a full [Spiderbeam] Aerial-51 Antenna Farm! Normally the 404-UL is always use for SOTA expeditions, but I wanted to test it simultaneously to the 807-L.  Both antennas were used on all bands without TUNER (except 30M). That worked out wonderfully. We installed the 404-UL on my 5m lightweight tripod, and the bigger 807-L was erected on a 5m mast on top of the light tower. Both antennas were about 10 - 15 m above the ground. Both were configured as Inv.-V.  The ends of both legs of hte antennas were only about 50cm above the ground or concrete roof of the fortress. We were constantly plagued with very strong wind. The tripod broke a leg on Thursday night and the antenna was down.

Nevertheless, QSOs continued on FT8! After the repair, things were back to normal. I attached the RMU to the [807-L] antenna before we left and transported the antenna fully assembled. Although you need a lot more space to erect the big antenna [807-L], you get 80M coverage.

Everything worked well; we had no issues.
We took turns using the antennas, so I operated with both.

I could not tell any difference in the performance of the two antennas on any band. So both appear to work equally well. As you said earlier, both antenna must(!) be supported at their feedpoint. The balun cases are too heavy to hang as a flat-top dipole between two supports. So a mast or a high support for the feedpoint is "a must" The advantages of these two antennas are obvious:

·  Both are super light, which is important for packing and transport!

·  Both antennas are ideally suited for SOTA, Field Day or IOTA!

The negative side:  The wire in these dipoles is strong, but also thin and stiff.  Care must be taken when wrapping them for transportation, otherwise you may have a jumble of tangled wire at the ends.
I use two hasps for my 404-UL, so wrapping and unwrapping the antenna legs is very quick.  These are a bit too big, so I'm still looking for a perfect solution. It needs to be easy, where you can wrap and unwind both legs really fast during construction. I have always used a G5RV in the past because it's very sturdy, but I always had to run it with antenna tuners.  With the 807-L and 404-UL, when correctly installed, I do not have to use a tuner.

Your engineering masterpiece is a perfect match for my experience and needs.  I was very satisfied with this antenna. I rate the new 807-L as excellent.